Naming just two major attacks, however, we have witnessed several other attacks against health workers and police officials in Ranchi and Indore as well.

On 19th April at evening, a team of health workers and policemen reached a ward in West Bengaluru’s Padarayanapura locality to take 58 people who came in contact with coronavirus confirmed patients.

The locality was sealed last week after 3 patients who attended the Tablighi Jamaat were tested positive.

When the team reached around 7 pm, the mob of around 200 people started removing the barricades. However, the city of learned people didn’t attack the crew members but damage of the property was reported.

By far, 54 people have been arrested.

Apart from the very known attacks let’s check a few more such attacks:

As we can see ASHA workers attacked when they came to check for Corona symptoms. 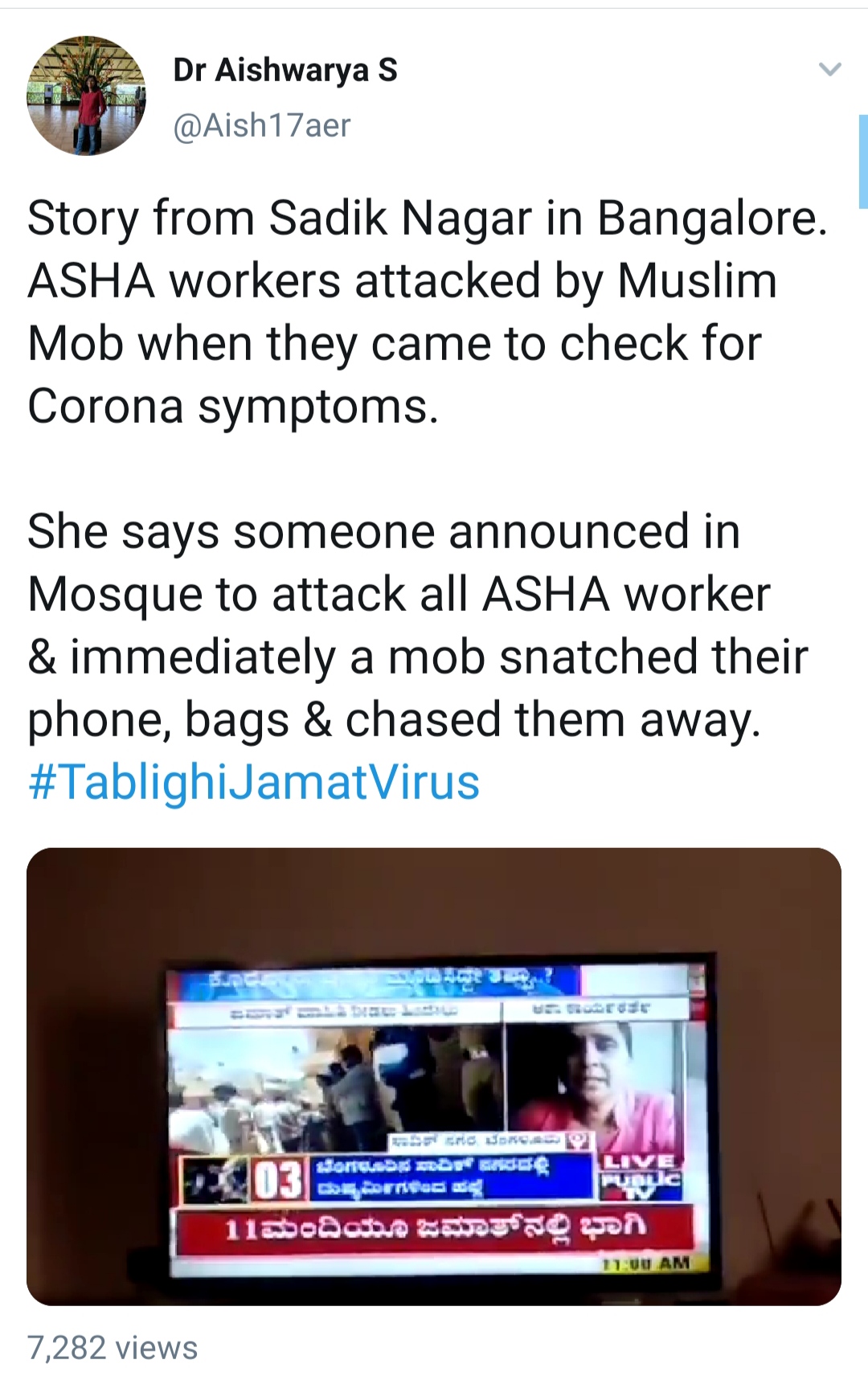 On this, Karnataka chief minister assured to provide full security to Asha workers and other officials.

As Karnataka earlier announced a lockdown relaxation from April 21 was withdrawn partly later on.

Some other similar attacks took place in other states, have a look:
A tweet of cops attacked an injured was posted.